Today we are not publishing any new campaigns or materials but a sort of an analysis of Drinkaware´s cooperation with Public Health England which has created some uproar in UK. Take a look at this BBC story which tells that “Dozens of public health experts have told Public Health England (PHE) they oppose its decision to work with a charity funded by the alcohol industry.”

The following analysis is from Colin Angus, a Research Fellow and a senior alcohol policy modeller in the Sheffield Alcohol Research Group at the University of Sheffield. It was published on his Twitter feed.

A thread by Colin Angus

Whatever your thoughts about the wisdom or not of PHE’s decision to collaborate with @Drinkaware on the #DrinkFreeDays campaign, there are a few things I’ve noticed that strike me as being a bit odd.

Here’s the campaign website
It used to (last week) mention PHE in the banner at the bottom, but that seems to have disappeared (drinkfreedays.co.uk)

That website is basically just a (nicely designed) unit calculator. If you exceed the CMO’s guidelines of 14 units a week you get this message, but no information on how your health is at risk. 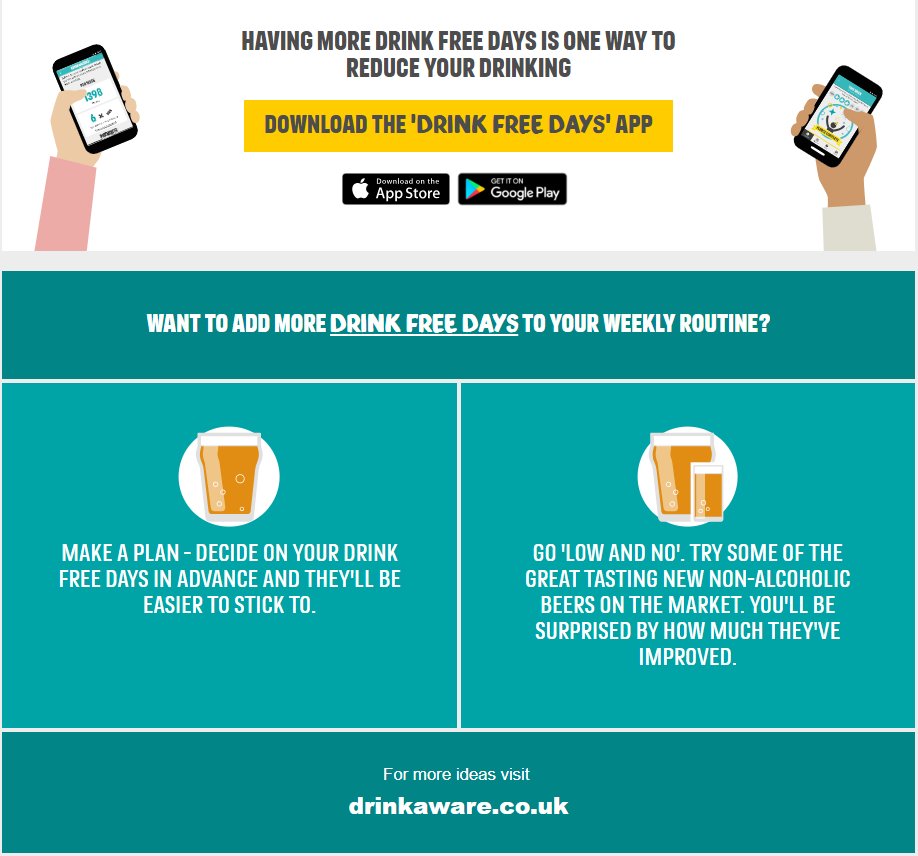 Weirdly if you don’t exceed the guidelines, but tell it that you binge drink ‘daily or almost daily’ you get this message. I’m not entirely sure this is ‘great news’ @Drinkaware

There’s also, incidentally, no check that your answers make any sense at all. You can report drinking 10 units every day, but never exceeding 8 units in a day and it’s fine with that.

There’s also a #DrinkFreeDays page on the @Drinkaware website

Maybe this has more information about the potential health impacts of drinking over the guidelines? (drinkaware.co.uk/drink-free-day…) Duncan Selbie, when launching #DrinkFreeDays, highlighted the effects of drinking on liver disease, heart disease, several cancers and obesity (gov.uk/government/new…)

The website asks for your gender. Men get warnings about links between drinking on blood pressure, weight, erectile dysfunction and liver disease. No mention of cancer anywhere though, in spite of both Duncan and Elaine specifically highlighting it. 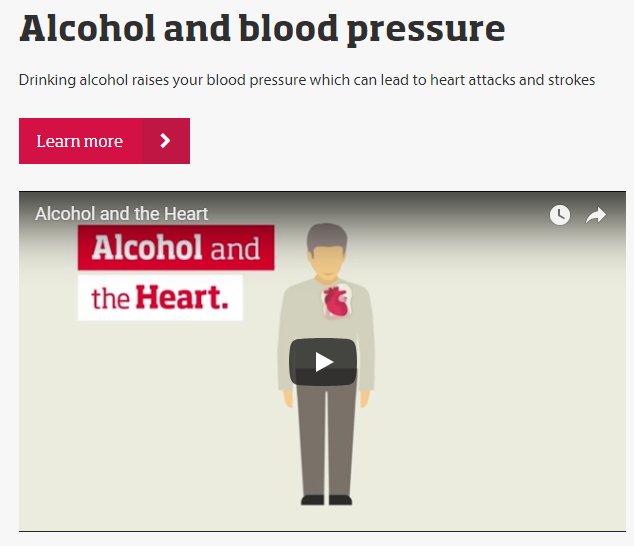 Women get a slightly different set of warnings. Similar videos about mental health and weight gain, but no mention of liver disease, even though it’s one of the top 5 causes of death for women of working age (source ) (gov.uk/government/pub…) 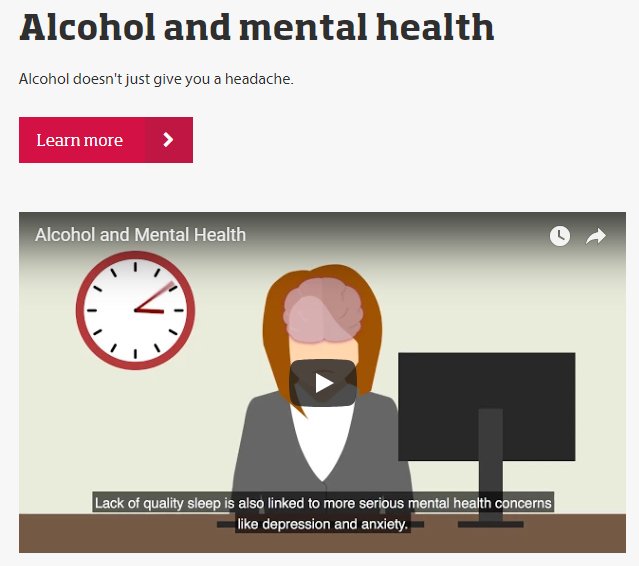 The page for women does mention cancer, but only breast cancer, and the link is posed as a question – even though there is no ambiguity about the scientific evidence.

(The linked page does at least acknowledge this) 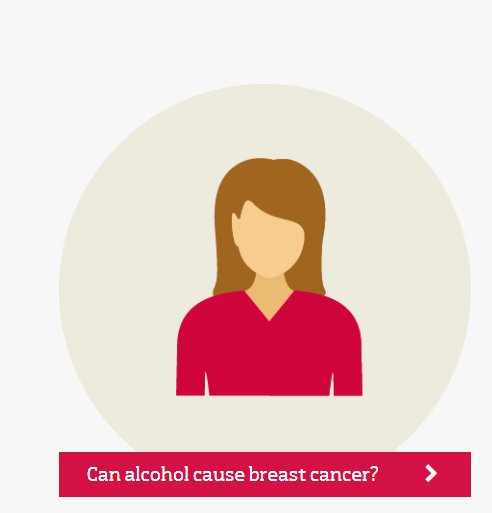 This all seems a little weird to me.

I am not a fan of either the ‘no safe level’ message or people using what are in some cases pretty low absolute risks of cancer as a bogeyman to scare people into drinking less. But the materials being provided by @Drinkaware for this campaign do not seem to align with what their Chief Exec, or @PHE_uk said at their launch.

Maybe there are some better, more comprehensive materials on their way, but a cynic could have a field day here at the moment.