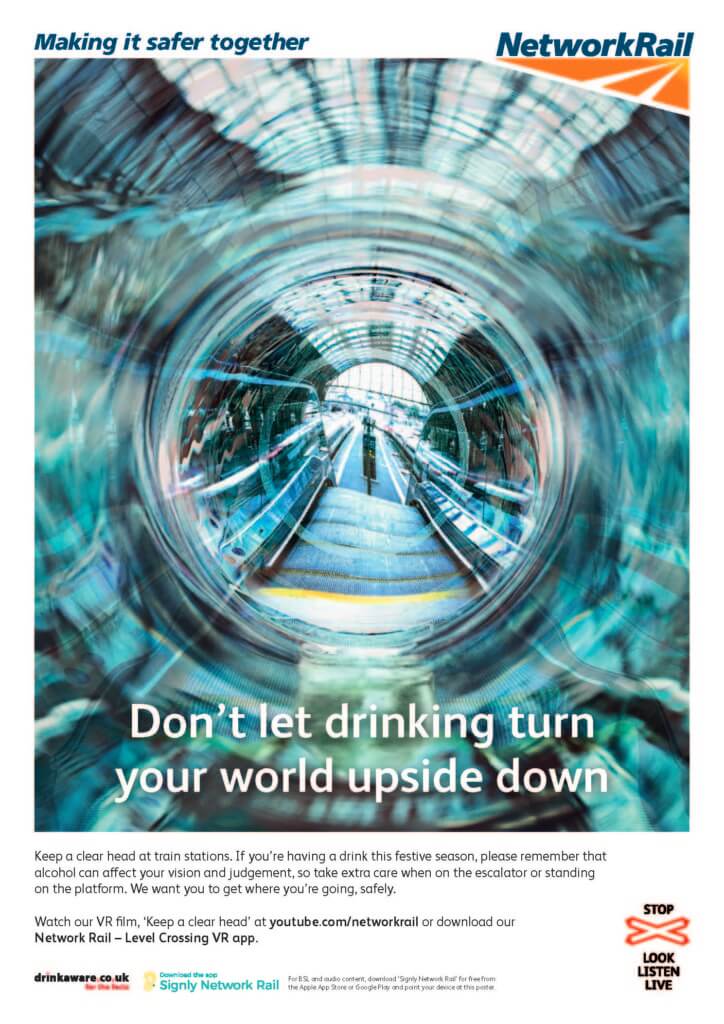 Alcohol and the railway can be a dangerous cocktail, with some people taking unnecessary risks at stations, on platforms and at level crossings after having a few drinks.

The festive season should be a time of year when everyone can enjoy themselves and have fun. But partygoers are being advised to take extra care as newly-released data from Network Rail, British Transport Police (BTP) and RSSB reveals a sharp increase in the number of alcohol-related incidents across the rail network during the festive period.

Learn more about the #Clearhead campaign